FREE SHIPPING - THIS WEEK ONLY 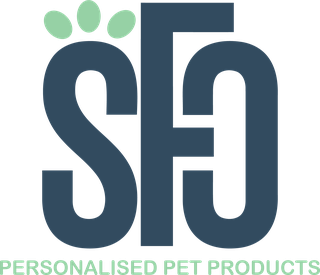 Take our fun and interactive quiz to find the perfect PAWtrait to match your pets personality. Its fun and only takes two mins - and we'll enter you into our $100 prize draw for taking part!

She always had that air of royalty. A pampered paw, pristine coat, never much fancied walkies (perhaps walkies becomes 'carries'?) and yet she is, quite unmistakingly, the leader of not only your house but frankly, your whole local neighbourhood.

As the leader of your notorious gang of furry friends, these handsome fellas have got an eye for trouble around the house. When these two lads have been 'playing' cops and robbers in the living room, you'd be hard pressed to tell if the house has been raised let alone if the game has ended!

Dignified to the point of being regal, a calm leader of the pack but with an air for adventure. In times of strife, your pet is a calming force. When tension is at its highest, he reaches peaceful resolutions using his patented belly-rub school of global diplomacy. After all, what issue can not be resolved with good old fashioned rub of the old tum-tum? The ambassador is gentle, pacifying and thoughtful. Although sometimes the old diplomatic impunity comes in handy if his mischievous side has re-awakened 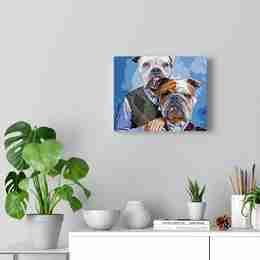 They make the best 'ever so slightly awkward' brothers from other mothers. They came together as brothers in arms when their hoomans decided they were both too dammed cute to not own.

Like all step-brothers, their relationship took some time to blossom. They might not have been totally sure of one another at first sight, but after some good old ball play and tug of war, some epic wanders around the park and some mom and dad peacekeeping envoy missions, they became more like blood brothers

As Nasa once said, Houston, we have a paw-blem.

Your pet is an explorer, a trail-blazer, a one-of-a-kind rule writer. He took one small step for dogs, and a giant one for dogkind… right into a muddy puddle!

In a sea of toys, your pet reigns supreme. He knows that he can get away with anything, with your ‘fleeting’ discipline and the high [seas] chance that he will get a lovely treat when its all said and done. He is the commander of the house, and he reigns supreme.

They say there is a superman in all of us, you just need the courage to put on the cape. Your pet doesn’t lack for such courage, he lives life with his cape on, large and in charge!

Much like Superman himself, your pet has some paw-some superpowers of his own. When he plays tug of war, his Superman-like strength is there for all to see.

Your pet is never happier than when there’s a party at the house. Your fur-baby is front and centre, demanding all of the attention and constantly in need of more of it.

When your pet appears on your insta, that picture will get all of the likes.

He pops the ol’ treats (wink) like they’re going out of fashion, and constantly seems to need more and more of them…

Every pet is different, and every pet has their own and very unique personality. Take our quiz to help identify which of the SquishyFacedCrew designs best matches your pet.

Our fun and interactive quiz only takes 2 minutes to complete - what costume will your pet get matched with?